Bicurious are a confused, loud, instrumental and experimental duo based in Dublin. Sailing between math-rock grooves and progressive ambient soundscapes, they use thought-provoking samples as a lead vocal.

For fans of: And So I Watch You From Afar, Cleft, Alpha Male Tea Party, RATM

After a number of singles, an EP, and over 5 million Spotify streams, the Dublin-based duo are committing to their first full length album. In the works since 2019, the process was considerably delayed due to COVID, but the band’s resilience meant that they kept working in any way they could while the world shut down. The result is 9 tracks, telling the two members’ life stories of the last few years: first of Gavin’s psychotic episode a couple of years ago, how it came about, how it affected his life and the band, and how he is recovering from it. Then of Taran’s stumble into fatherhood at the age of 23, and how that affected the group and their music. These themes are explored and highlighted through some voice samples in certain songs, but for the most part are reflected through the mood and atmosphere of each track. Despite the album having a strong narrative thread and timeline from their own perspective, the band like the idea that the lack of lyrics obscures meaning, but also allows for different interpretations.

Three singles are being released ahead of the album: ‘Palapalapa’ (14/05), ‘Deconstructed’ (11/06) and ‘We’re All Totally Fucked’ (09/07). Each single comes with its own music video and live performance video (live videos to be shared via Audiotree’s Youtube channel).

The album was recorded over two weeks between September and October 2020, in Trapdoor Studios, Liverpool (UK). It was recorded and produced by the band’s long-time producer Tom Peters, guitarist in Alpha Male Tea Party.

“Recording this album was the best time I’ve ever had in a studio. We’d worked on the songs for so long, trying to get them to their absolute best, and played along to countless f*cking click tracks to get ready for recording. So when we went into Trapdoor, everything felt easy, comfortable, and we were able to have fun with it.”

“We’ve never put so much thought into the meaning of a collection of songs before. As an instrumental band, it’s sometimes harder to make the subject of a song obvious. But the more songs we were writing, the clearer the common thread was, and it just made sense. We have both gone through dramatic changes in our lives in the last 3 years, and we felt it was important to use these songs to talk about it. You never know, listening to this album might help someone who’s going or gone through something similar.”

"You know you’re doing something right and genre-spanning with your music when the playlists pair you with stoner-rock, blues, math-rock and even tunes for cycling." - Rolling Stone India

"As you’d expect from a Bicurious track, Deconstructed features Taran Plouzane? proving once again why he is one of the best guitarists the country has ever produced." - Goldenplec

"It’s technically impressive throughout – but the pair’s well-honed melodic and dynamic sensibilities ensure it’s catchy as hell, too." - Guitar World (on Palapalapa)

"Go see Bicurious as a matter of urgency, and wear heavy-heeled footwear"

The Best of Music And Film (Remy)

“The band really let loose on the single making for an all-out rock riot, and they are also garnering quite the reputation for being a brilliant live act so hopefully I’ll get to see them some time soon.” - Impropaganda (UK) 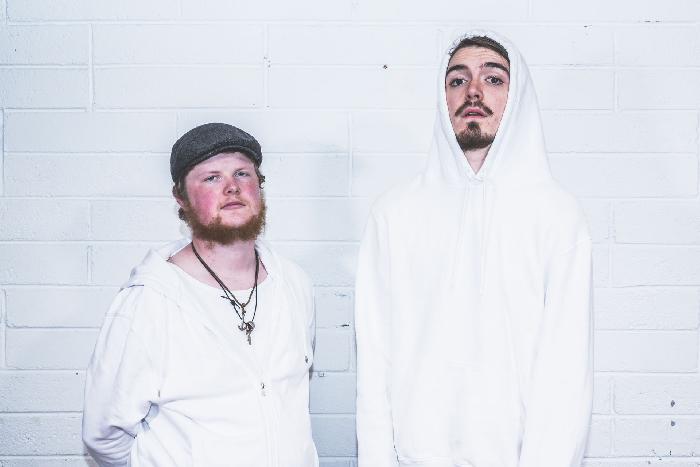