Coolio took over the world rap scene in the 90's through the immense success of "Gangsta's Paradise", which won a Grammy in 1996 for Best Rap Performance. It sold over six million copies and was Billboard Magazine's number one single in 1995. "Gangsta's Paradise" would also be featured on the "Dangerous Minds" soundtrack and movie.

Coolio's music has been featured in several iconic major motion pictures including: "Space Jam," "Clueless," "The Big Payback," "Panther," "New Jersey Drive," "The Jerk Boys," "Eddie," "Half Baked" and many more. He also composed the theme song for the popular TV series "Kenan and Kel" on Nickelodeon and has had regular cameo and acting appearances in many major movie productions and TV Shows including : Batman & Robin, The Muppets, Dracula 3000, Sabrina The Teenage Witch, Fear Factor, Charmed, Futurama, Celebrity Big Brother and many more !

2006 saw Coolio release 'Return Of The Gangsta' via Hardware Records. The album featured some great appearances from L.V as well as a lead single 'Gangsta Walk' Ft. Snoop Dogg.

After a short time away, 2019 has seen the beginning of a major comeback for Coolio. Gangsta's Paradise is set to be a feature song in the highly anticipated 'Sonic The Hedgehog' motion picture, set for release in February 2020. Coolio's music also had a major feature on 'Raising Dion' one of the most highly rated Netflix shows of the year, released October 2019.

2019 has also seen Coolio spark a kinship with Irish rap group Versatile. They released an instant hit single together in November '19 'Escape Wagon' , which racked up a million views in its first 2 weeks. Coolio performed the single live with Versatile at their sold out 3 arena show in Dublin for the first time on November 30 2019, a very special day for Irish Hip Hop as Versatile are the first ever Irish rap group to sell out an arena. They also performed Gangsta's Paradise together as an encore at the show, once again Coolio's influence in Hip Hop transcends multiple generations and cultures.

Coolio is set to tour throughout 2020 with his full live band show throughout Europe as well as festival appearances and concerts around the world. There are also rumblings of a major album release in 2020. Coolio is currently writing and recording his next album with his band members, world renowned Jazz musician and composer Jarel Posey AKA Jarez rated as one of the top ten Jazz Saxophone players alive and Long Beaches guitar guru A.J Luke ( Guitarist and vocals for Snoop Dogg, Warren G, Nate Dogg )

THE GANGSTA IS BACK ! 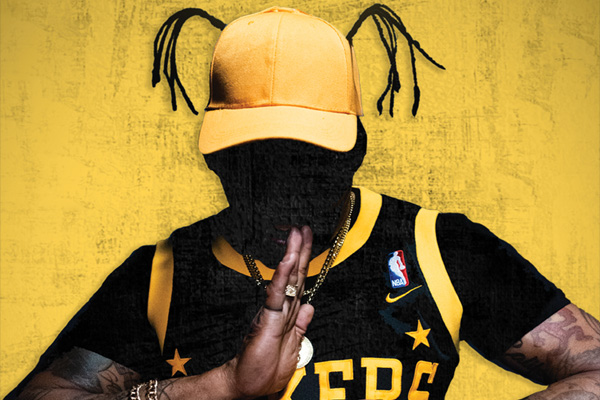