Following up his beautifully rich collaboration with Anna Pancaldi, ‘Bend’, in February this year, fast-rising Irish artist Curtis Walsh is back once again to unveil his next soaring offering ‘Picture Perfect’.

Continuing his pursuit of rich and vibrant pop soundscapes, ‘Picture Perfect’ shows the artist in a more euphoric and rejuvenated spirit. Channelling a broad and spellbinding production, not to mention an instantly memorable hook, his newest effort sees him take his captivating aesthetic to the next level throughout.

Speaking about the new release, he said, “I remember the first summer in lockdown when everyone was unsure about how long it would be until we were able to leave and travel again. I had plans with my mates to go away on a holiday but it all came to a halt along with the rest of the world. Then I was just sitting in my bedroom one day and the sun was beaming through my window while I just had to stay put. It was extremely frustrating, a frustration that I’m sure most of the world felt at one point or other during this time. So I sat down and made a track about how all this lockdown has made me want to do is go out on holiday and just enjoy my life for as long as I can, and with the people I care about around me! I wrote this song with an optimistic outlook and summery vibe”

After finishing school, Curtis was more than ready to hurl himself into the music industry with everything he had, releasing his debut single ‘Full Recovery’ just one month later. The track itself reflected the world in which he had grown up in. Written when he was fifteen about one of his close friends, it became an emotionally wrought offering that earned him more than one million streams on Spotify and praise from the likes of Clash Magazine.

From there, he released his debut EP ‘Breathe’ in May 2019, which has garnered more than 15 million streams to date and showcased him as a far more matured artist as well. Rather than just writing simply structured songs, acts like Bon Iver and Jon Hopkins opened his mind to the possibilities of where he could take his music and become something bigger and more adventurous than most.

Throughout the COVID pandemic, Curtis decided to take the opportunity with both hands to figure out the kind of artist he wanted to be. With little to no influence or inspiration from the outside world, and no live shows to trigger his creative juices, he began to focus more on his own style and sound. Swapping personal stories for more existential questions about life and its meanings, he felt that the lockdown had served as a positive time for self-reflection and a chance for him to explore new ideas and avenues within his direction.

And while the lockdowns have shifted his focus on the artist he wants to be, his drive and ambition remains relentlessly unchanged. Curtis Walsh is looking to become even more adventurous and prolific in the coming years, with a more reassured feel as to who he is and wants to be seen as. 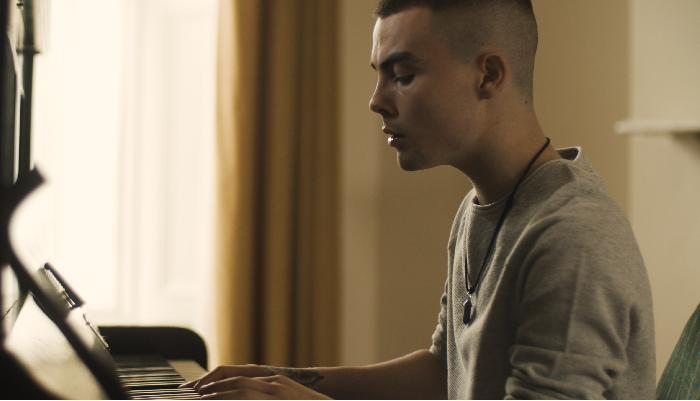