Described by Billboard as “darkly comical”, exuding a savage wit, cutting honesty, and her debut EP charting as the #1 Album on Irish iTunes, Lenii is introducing herself as a force to be reckoned with.

Born and raised in Cork, Ireland, Lenii began singing at 18 months old, picking up classical violin at age 4, and guitar and piano soon after. She moved to New York when she was 15 to take Ableton Live production classes at Dubspot, an electronic music production and DJ school. As the only girl, and youngest ever to complete the course, Lenii felt she needed to prove herself in the electronic dance world and subsequently spent years featuring as a producer and vocalist on multiple dance records.

After becoming an American citizen, Lenii found a home in the New York songwriting community and has written and produced for many developing and established acts. Most recently, Lenii penned two songs on Mothica’s debut album “Blue Hour” (“R.I.F.P.” and “everything at once”) which charted as the #1 Pop album globally on iTunes and #3 overall.

In Lenii’s own project, her distinctly Irish, self-deprecating humor runs through her lyrics, while being heavily influenced by the energy of artists such as Eminem, Die Antwoord and Amy Winehouse. Her first single of 2020 “Regular 10” was described by Billboard as “darkly comical” which cleanly sums up Lenii’s persona.

In the past 6 months, Lenii has been the face of A Breath of Fresh Éire, Ireland’s leading Spotify editorial playlist, has independently amassed over 300,000 monthly listeners, has released 6 self-directed music videos, and has garnered massive radio support both in Ireland and the US.

“Waistcoat” with 1000 Beasts hit #15 on Ireland’s 2FM AirPlay Chart, making it the highest self-release on the charts for the month of May. Her songs “Cereal”, “Mood Swings” and “Black Bow” were all chosen as the ‘tracks of the week’ on RTE 2FM, Ireland’s largest radio station, and are played on rotation nationwide.

Earlier this year, “Crave U” with Zack Martino charted on Billboard Dance and at #16 on the US Dance AirPlay Charts. “Crave U” now has over 4.5 Million Streams.

In early May it was announced that Lenii won 1st Place in the International Songwriting competition (AC Category) with her single “Yellow” – the same competition she won 2nd place in 2017 with her song “Bones”, which featured in the pilot episode of ‘Good Trouble’ on Freeform.

After a string of successful singles in 2020, Lenii released her debut EP “In All Fairness…” on September 24th - charting as the #1 Album on iTunes in Ireland on its first day.

Less than a month later, Lenii went viral on TikTok with the first verse of her politically charged song “The Kids Are All Rebels”. She produced the track in 2 days and released it to over 100K new followers. It was subsequently used by the Utah Democrats in an official Campaign Ad and garnered 250K+ streams in its first two weeks. With an album’s worth of work ready to follow, Lenii is setting herself up for a very exciting 2021. 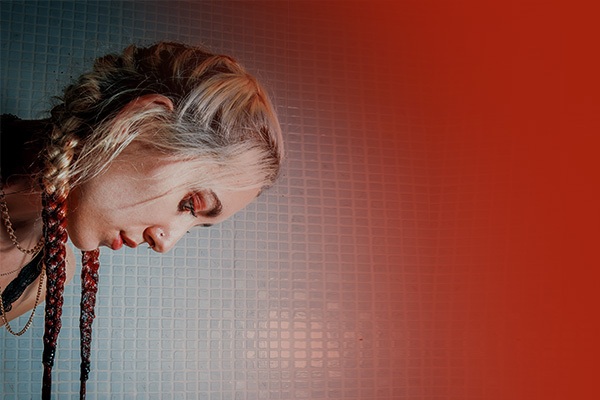