For New Rules, three guitars and three voices converge upon one stadium-size sound. The London-based trio—Alec McGarry [vocals, guitar], Nathan Lambert [vocals, guitar], and Ryan Meaney [vocals, guitar]—elevate pop to the rafters fueled by singer-songwriter soul, rock ‘n’ roll spirit, and a whole lot of personality. With Ryan from Ireland, Alec from Hertfordshire, and Nathan from Chelmsford, the boys initially met online, bonding over similar backgrounds playing music on street corners, uploading covers online, and penning original material. The musicians congregated in London and introduced New Rules with “Call It” and “Fix Somebody” during 2019. Beyond hitting the road with Julia Michaels, Little Mix, and Picture This, they sold out successive headline tours. Following the viral success of “Pasta” and “Emily,” they caught the attention of Elektra Records and signed to the label in 2021. Their bond strengthened as friends and as a band, and it shines through this chapter.

Kicking off the next era, singles “Really Wanna Dance With You” and “Cheers” reeled in millions of streams. Entirely written and co-produced by the band, the 2022 name songs EP ignited a flurry of activity on TikTok. Meanwhile, they won over fans and critics alike, with Wonderland Magazine attesting the group is “set to become the next big thing,” all the while amassing tens of millions of streams, packing houses on tour, and earning global acclaim. After working on music at home together in London, New Rules level up again with the single “Go The Distance” and more to come. 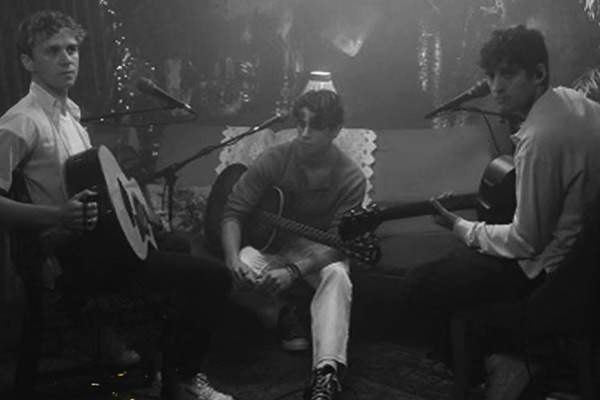