Nocny Kochanek (Night Lover) is a heavy metal band inspired by the best ones of the genre. The lyrics contain specific sense of humor which is Nocny Kochanek’s hallmark; they’re sometimes abstract and base on pastiche and wordplay. They depict stereotypical polish metalheads, showing in the same time that the band’s members don’t take themselves so seriously.

According to OLiS (Official Sales Chart in Poland), Nocny Kochanek’s album "O Jeden Most Za Daleko" was the 1st best selling album in Poland for three weeks, after it had been released. The album was on chart for 29 weeks.

Title of the latest album – O JEDEN MOST ZA DALEKO is a reference to well known polish quote, which works also in English and it’s meaning is “one step too far”. Literal translation of polish “o jeden most za daleko” is “one bridge too far” and this is why there is a bride on fire on the cover of the album itself but also of the tour.

Phrase „o jeden most za daleko” (one step too far) is being commonly used in Poland, once you had one drink too much last night…

Nocny Kochanek sells out concert tickets in the biggest music clubs in Poland (Studio in Krakow, B90 in Gdansk, Progresja in Warsaw, B17 in Poznan, MegaClub in Katowice, A2 in Wroclaw...), out of 359 club shows since 2015, 291 were sold out.

Nocny Kochanek played for 700 000 audience at Pol'and'Rock Festival - August 2018. The band receives prizes at Gala P?yty Rocku Antyradia (Antyradio is significant radio station in Poland) - The band of the year, the vocalist of the year, the best song of the year and the best album of the year are the prizes, Nocny Kochanek usually receives. And yet, “Randka w Ciemno??” received the most precious prize in polish music industry – Fryderyk (so called “polish Grammy”).

“O Jeden Koncert Za Daleko Tour – EURO TRIP” is another part of the tour of Nocny Kochanek, that promotes their latest album “O Jeden Most Za Daleko”. The band starts in Southampton, then goes to Birmingham, Sheffield, Cork, Dublin, Edinburgh, Liverpool, London and finishes the European Tour in Rotterdam, Netherland. 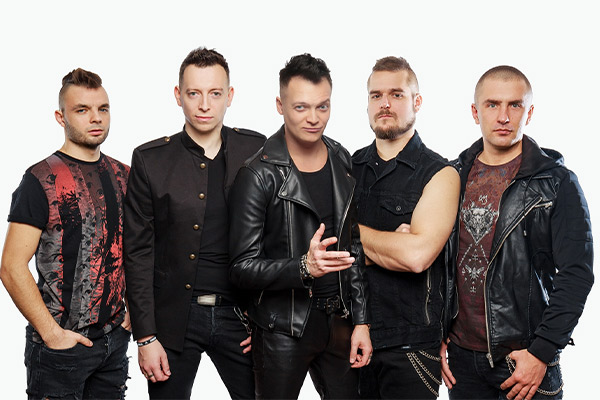