Stephanie Rainey's music is not about the gloss and glamour of life but the grit and grind of the real world.

2019 has been a landmark year for Stephanie, seeing her cement her place as a headline act, including a packed out show at the iconic Cork Opera House.

The singer was also invited to London to perform with other artists at a tribute to Brian Jones from the Rolling Stones, something she calls a "massive honour".

It is the powerful connection of Stephanie's music that has drawn millions to her heart breaking study on grief "Please Don't Go," an instant viral hit that threw the singer into the international spotlight.

"Stephanie's music has a real emotional resonance  unless you're especially black hearted, you will be brought to tears... Keep your ears open, you won';t be sorry." - Hot Press Magazine

"I don't write many love songs," she says. "I write about other experiences whether it's loss, feeling insecure, trying to find out exactly who you are - songs that make a connection."

Stephanie has released four more singles; 100 Like Me  an anthem for never feeling alone; the wonderfully uplifting Nothing of You Left to Love, written with Ed Sheeran's longtime collaborator Amy Wadge; the beautiful Sorry; recorded with the London Gospel Choir and the summer banger that is Question Mark.

Captivated by her honesty and humour, music fans of all ages connect with Stephanie and her songs get under the skin. The singer says it is still completely thrilling to hear her music sung back to her by a rapt audience. "It's that connection, the moment someone comes up after a show and tells you that your music has gotten them through a tough time. Why else would you do it?"

Solidifying herself as one of Ireland's most promising acts, Stephanie has amassed more than 20 million streams and views across her social platforms to date. The singer's live shows are not to be missed. Intimate and powerful, they weave seamlessly from soaring anthem to slow, emotional ballads that never fail to bring a room to silence.

2020 will see Stephanie release a string of singles including the powerful anthem "Woman," an empowering track sure to delight her many thousands of followers who come to the artist for songs that are real, raw and relatable. 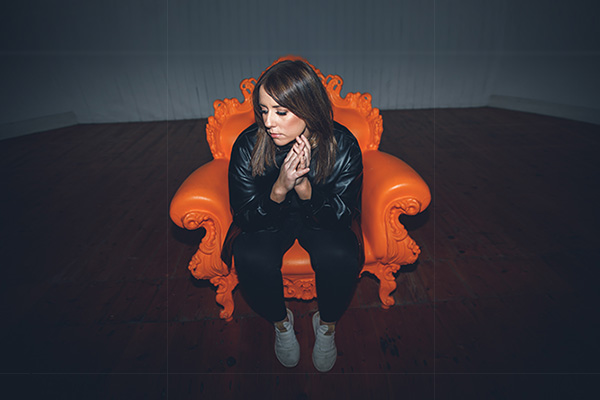