The new album Good Womanis out now “their three-part blood harmonies form the shimmering centre of an elaborate, album-long soundscape” 8/10 - Uncut “elegantly nuanced” **** - Mojo “an album with attitude” – Sunday Times Culture “pop-rock sophistication” - **** - The Times “melodic sweetness is bolstered by a sense of urgency and stylistic cool” - **** - The Guardian “a sophisticated return” – **** – NME Album of the Week - RTE Radio 1 “Brutal but Brilliant” ***** - Irish Times The Staves are thrilled to announce a run of live shows for Ireland in support of their new album ‘Good Woman’, out now on Atlantic Records. Speaking about the tour, The Staves said: “We’re so excited and thankful to be announcing an Ireland tour today. It’s been a long old year and we can't WAIT to play music in front of people again! We hope to see all your lovely faces there.” Info on Good Woman: Good Woman was written and recorded in a time of severe turmoil for the band, seeing the ending of relationships, the death of their beloved mother and the birth of Emily’s first child. Produced by John Congleton, the album stands as a testament to their strength and that of other women, to sisters, mothers and daughters. To love, loss and change. To try to be a good woman. 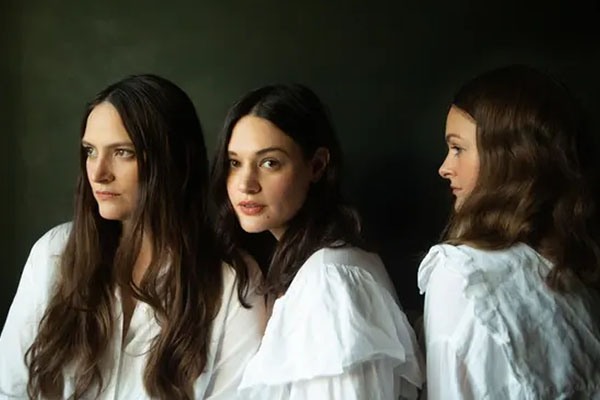