'A group on the edge of something truly great'  Hot Press

Ireland's rising stars Wild Youth have announced a series of new live dates for the upcoming, October bank holiday weekend. Fresh from an incredibly busy summer the band are set to play Cork this October.

Following the massive success of Wild Youth's EP 'The Last Goodbye, which debuted at #5 in the Irish Albums Charts, the Dublin pop-rock superstars went on to sell-out their first ever headline show in The Olympia Theatre, support The Script in London's iconic Royal Albert Hall and perform to a packed-out house in London's OMEARA, run by Mumford & Sons member Ben Lovett.

In addition to a string of live shows, their outrageously catchy song 'Can't Move On' has earned them over 2 million streams and the song was the most played Irish song on Irish radio in 2018. Their current single 'Long Time No See' is climbing the radio charts and looks set to be one of the hits of this summer.

In just under a year, the Dublin band have gone from playing intimate venues across Ireland to stadium shows. They recently supported Westlife in Croke Park, headlined the second stage at Longitude and have also shared the stage with the likes of Mumford & Sons and Dermot Kennedy at this year's Malahide Castle, and Clean Bandit and Jax Jones at Sea Sessions. 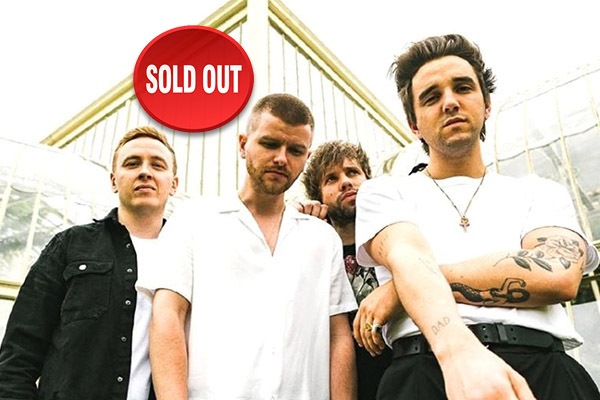