Dea Matrona might look like an apparition straight from Almost Famous, but don’t be fooled: there’s nothing “almost” about this group. They’re set for superstardom. Siblings Mollie (21) and Mamie (17) McGinn, – alongside their lifelong friend Orlaith Forsythe (20) – formed Dea Matrona in their hometown of Belfast in 2018, armed with their formidable talent, a dream, and an ear for a great hook.

Former Eagles guitarist Don Felder has voiced his ardent support for the trio, saying “pretty damn good, girls!” Dea Matrona have built their exciting act by harnessing the energy of the great women of classic rock before them, to create a unique and refreshing sound that combats today’s overproduced, over-synthed musical climate.

You can hear the influence of Debbie Harry, Stevie Nicks, Zeppelin (and even a bit of Joni Mitchell!) in their brand new single ‘Make You My Star’. The track was mastered by the legendary Jon Astley (The Who), and produced by Mollie, Mamie and Orlaith themselves. The single takes a swan-dive back in time to the golden age of rock n’ roll, complete with a shredding guitar solo, and dripping with infectious melodies.

Dea Matrona really aren’t here to play – they’re here to rock your world. The girls have honed their astonishing live skills performing to packed out rooms all over their native Ireland and the UK, 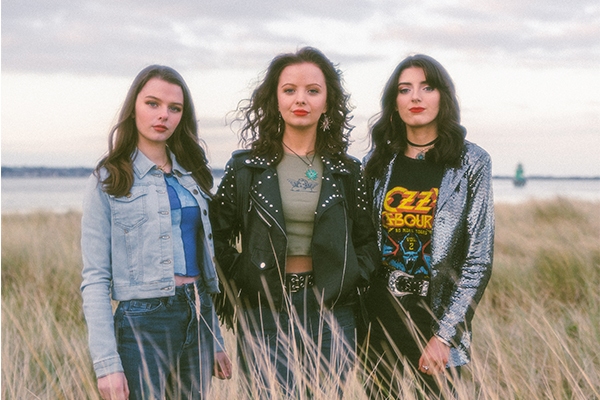