Emma Langford almost lost her voice to nodules at a young age; in her early twenties however, after years of vocal rest and training she was willing and ready to sing. Her voice now is widely hailed as an inimitable treasure.

The songwriter gladly dances across genres rarely pausing long enough to be put in a box. Her writing is a celebration of trad and folk genres, and her performance delicately interweaves jazz, pop and theatrical nuance.

In 2017 Langford created her debut album 'Quiet Giant', embarking then on a whirlwind world-tour which lasted right up to 2019.

Although the events of 2020 brought travel to a screeching halt, Emma has not slowed down. In just four years she wrote and independently released two highly acclaimed full-band records, Quiet Giant (2017) and Sowing Acorns (2020), which laid the groundwork for a bright and busy future. 2021 has seen the artist pursue endless creative projects and collaborations - most notably, she is a member of the Irish Women in Harmony Collective, and has also lent her voice to the character of the "last princess of Ireland" Aedan Cara on a musical-theatre-style concept album, 'Colours' written by Irish-English composer Charli Eglinton which was released in April of 2021.

Langford made the bold move of releasing an album at the height of a pandemic - Sowing Acorns landed in September 2020. Having bided her time long enough now, she is raring to go and share the album on stage before her live and beloved audience - heckling and singing along are welcome, nay encouraged. 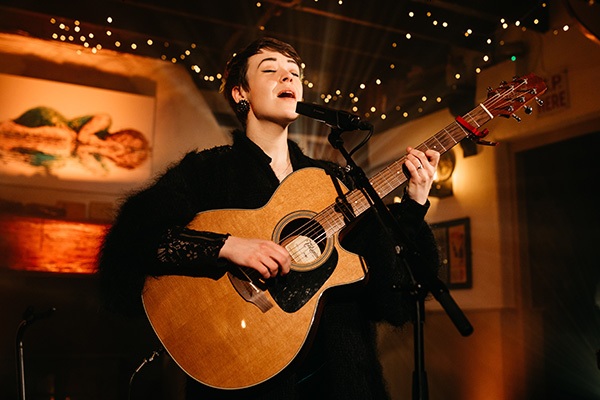