Fresh from performing with Macy Gray, Black Star, Gorillaz and a string of sold out shows around the globe...

Hypnotic (also known as HBE, or Hypnotic Brass Ensemble, or The Bros) is an eight-piece, Chicago-based brass ensemble consisting of eight sons of the jazz trumpeter Phil Cohran. With only horns and a drum set, "Hypnotic" has traveled the world. Their musical style ranges from hip-hop to jazz to funk and rock, including calypso and gypsy music. They call their eclectic blend of sound "now music", or "Hypnotic". Reared in the teachings of music since they were children, they grew up on the stage playing as the "Phil Cohran Youth Ensemble".

Regarded as the pioneers in the modern jazz scene, Hypnotic have trailblazed the world with their live shows and have been busy working in the studio on several new releases scheduled to drop over the next 18-24 months.

The brothers were raised in a house where music was a constant element of the household. Phil Cohran's "Circle of Sound" held rehearsals in the living room and put on live shows in the adjacent loft/theatre called the "Sun Ark". The brothers were obligated to wake at 6am and play their horns before and after school. As adolescents, they played around Chicago as the "Phil Cohran Youth Ensemble", performing for the likes of Harold Washington, Nelson Mandela, and other prominent figures of the day.

They have performed with Mos Def, Aquilla Sadalla, Phil Cohran, The Recipe, Nomadic Massive, Tony Allen, Wu Tang Clan, De La Soul, Prince, Femi Kuti, Gorillaz, B52's and at the North Sea Jazz Festival. They have recorded with names ranging from Erykah Badu to Ghostface Killah of the Wu Tang Clan to BK-One to Childish Gambino to Maxwell. They supported Blur for their Hyde Park reunion concerts on 23 July 2009. They are also collaborators on a number of tracks from the third Gorillaz studio album, Plastic Beach. Their hit song "War" was featured in the box office smash The Hunger Games as the theme song for Caesar Flickerman. They collaborated on tracks with the group Rocket Juice & the Moon, a project featuring Damon Albarn (Blur, Gorillaz) on vocals/guitar/keyboard, Flea (Red Hot Chili Peppers) on bass, and legendary Afrobeat drummer Tony Allen (Fela Kuti and many others) on the group's self-titled debut album. 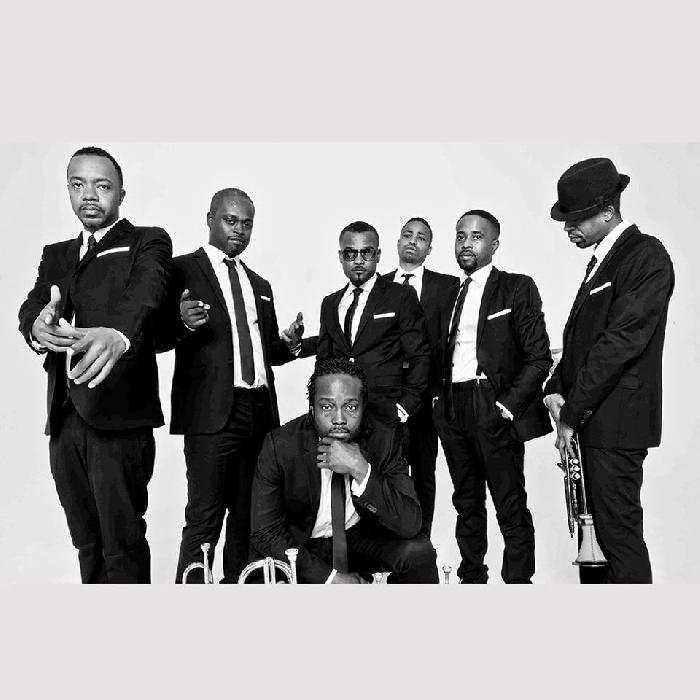