Meeting at school in 2012, and assuming their current line up in 2016, INHALER is a Dublin four piece rock and roll band. Finally finished school in Summer 2018, the guys spent their time writing and rehearsing and gigging around Ireland, with occasional slots in the UK.

Their debut single 'I Want You' is included on the 2017 "This Is Garageland - Volume 1", an album showcasing up and coming Irish acts, while Hot Press magazine featured INHALER in their "Hot for 2018" lost.

Having completed the Leaving Certificate in June 2018, they continue to fine-tune their live set, and focus on recording and releasing a growing repertoire of their own material. They featured in the line-up for their first festivals (Indiependence and EP) in 2018, and sold out their first headliner in Whelan's Dublin on Sept 8th. In the final part of 2018, they have supported the Sherlocks, Blossoms, the Coronas, Picturehouse and toured with The Academic, 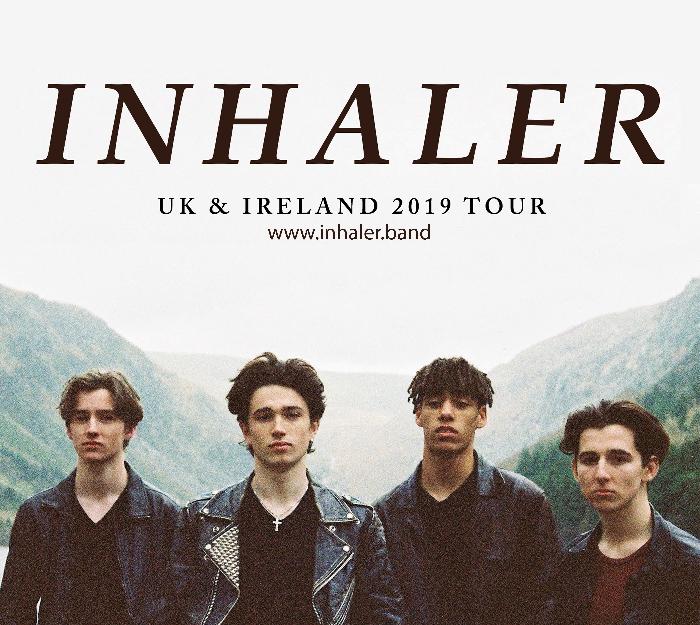